I was a visiting in-residence scholar at Stanford in Fall 2017, and since then have returned to Rice University but continued the research as an affiliated scholar.   The projects at Stanford have been two-fold.

One, “The Battle for Mavericks,” involves ongoing work with the Committee for Equity in Women’s Surfing and the recent campaign for women surfers’ access to the iconic big wave contest at Mavericks in Half Moon Bay.  The work dovetails with a couple of the Lane Center’s major research priorities: one, in Energy and Environment, focused on The California Coastal Commission Project; the other, in History, Arts, and Culture.

Success of the CEWS project has been widely publicized —  forcing not only women’s entry into competition at Mavericks but also the broader transformational victory of pay equity  across all women’s competitions internationally sponsored by the World Surf League (WSL).  This victory for women’s surfing and feminist activism is the subject of writing in progress.

Two. The work at Stanford supports the continuing feminist public humanities efforts of the Institute for Women Surfers (IWS).  The Institute held its 2017 training in October with support from both the Lane Center and Rice University.  For findings, see “Beaches as Spaces of Democracy,” published on Stanford’s . . . & the West blog.   For additional information see the Institute Research Report 2017.

In 2018, the Institute Europe was founded, headquartered in Wales, in collaboration with Lyndsey Stoodley of Cardiff University and with Dani Robertson of the Welsh activist organization Surf Senioritas.

The next Institute training will be held in collaboration lisahunter at Monash University, in February 2019 (Melbourne, Australia).

The Feminist States of Critical Regionalism is a work of engaged research, critical theory, and literary/cultural studies, organized around post-9/11 literature and film and contemporary activist sources. It synthesizes insights from a public humanities project in activist surfing with contemporary literature and film materials to offer arguments about geographies and state imaginaries of feminist storytelling.

Writings related to this thinking can be found on academia.edu, including “Place and Worlding,” “Thinking Across Other Wests,” “The Problem of the Critical,” and “We’re ‘Blacksurfing.'” 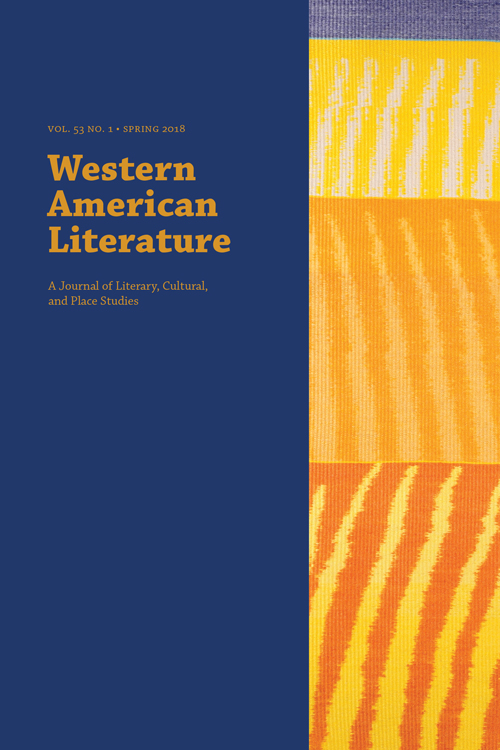 May 2018 (53:1).  On the Occasion of the 50th Anniversary of the Western Literature Association. Co-edited with Susan Bernardin. The 2015 meeting in Reno spurred a series of linked plenary events which considered major critical topics of literary and cultural study across the past, present, and future. The idea was to archive the state of the field: where it’s been, how it’s conceived, where it might go.  Structured around “Genealogies,” “Keywords,” “Methodologies,” longer and shorter reflections are featured from: Lisa Tatonetti; Krista Comer; Stephen Tatum; Sylvan Goldberg; José Aranda; Christine Bold with Monique Mojica, Gloria Miguel, and Muriel Miguel; Kirby Lynn Brown; Neil Campbell; Cheryll Glotfelty; Audrey Goodman; Susan Kollin; Randi Lynn Tanglen; Alex Young; Joanne Hearne; Ryan Wander. Guest Editor.  The largest volume of Western American Literature to date, this double issue presents ten essays by promising younger scholars.  Its call for papers solicited work addressing key theoretical issues for the field of US West Studies. Marking a set of interventions, corrections, and openings about concepts like the postwestern, postregional, critical regional, and the rhizome, the special issue turned out to be not so much “for younger scholars” as it was a significant occasion for Western Studies. Contributors: Sarah Hirsch, Courtney Fellion, Chris Muniz, Sarah D. Wald, Paul Wickelson, Alex Trimble Young, William V. Lombardi, Eric Morel, Randi Lynn Tanglen, Andy Meyer. Surfer Girls understands women’s and girls’ surfing as a local/global structural location, a site of feminist political activity and embodiment. Drawing from multi-sited ethnography, theories of globalization, and subcultural studies, the book develops the concept of “girl localism” as a way to think about transregional feminist politics, intergenerational forms of knowledge transmission, and critical responses to neoliberal girlhood. Landscapes of the New West is a work of feminist and critical race studies centered on the contact zones and border spaces of the U.S. West. In the late 1990s, Landscapes entered the field of contemporary U.S. West study to open it to feminist thought, arguing against historical realism and in favor of the importance of postmodern form in stories of anticolonial history-telling by writers like Maxine Hong Kingston, Leslie Marmon Silko, and Gloria Anzaldúa.  The book’s critical contributions to contemporary literary studies had to do with its notion of feminist geographical imaginations — and the new landscapes of desire, the urban, the indigenous and multiracial — that feminist writings mapped upon the cultural and social spaces of the contemporary West.